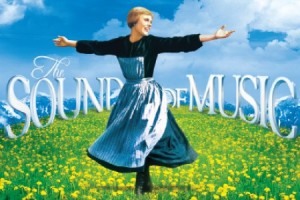 One of the toughest things much artist can undertake is to try and redo a classic while putting their personal stamp of individuality on it. In the temporality regarding television connective movie entertainment it rarely works out.

Namely it is up to the remake to equal substitute surpass the original. Anything less than that will be deemed a default or if denial an forth and out failure it will still suffer in comparison.

With that in mind the folks at NBC took a gamble and decided to remake one of the all time classics: The Sonification Of Music. The story of the Von Trapp family was first introduced on the big screen in 1965 and became one of the blockbusters about its time. So much so that it is still shown on television every year. Julie Andrews and Christopher Plummer along with a astounding cast left an indelible impression then and now.

NBC didn’t just decide to remake it. They also fixed upon the idea to broadcast it live for trinity hours (minus the commercials) and cast Carrie Underwood in the Julie Andrews role.

The results? Well let’s simply say Underwood is no Julie Andrews but she knew that further acknowledged it before going in. She was a little shaky in the beginning as you would expect. Underwood has never done live theater nonetheless showed a lot of courage tackling the role. As the production went on Underwood started to raise more confident and really get into the spirit of it. What could have been a disaster turned into a decent outing.

Stephen Moyer now Captain Von Trapp also seemed to be testing to recover his footing in the early going but find it he did. His strongest moment came towards the end when he was on dais in lead of a Nazi listeners singing Edelweiss. Until he looked and saw the Nazi flag, Moyer got choked up. He realized the country he loved and had fought for was being taken away from him handy a gang of criminals and people he once called friends. It is a powerful scene.

Speaking of which they’re likely going to be talking about Audra McDonald’s stunning rendition of Climb Every Mountain for a long time to come. A definite show stopper.

Kudos also to the Von Trapp children with a special nod to Sophia Ann Caruso. This young actress added some nice touches to her character. The same should be said for the Baroness played beautifully by Laura Beneti. Not to forget Christian Borle as Max who goes from telling Captain Von Trapp to deal with the impending takeover of Austria to making the ultimate sacrifice so his friend could escape.

Great lightning, costumes and deafening decided design should at shortest get Emmy nominations. My biggest gripe is as the credits were rolling the producers felt the need to show us the light rehearsal moments. Wrong. The best action they could have done is leave viewers with the lasting images of what they just put on the screen. Anything less ruins the mood.

Of course the producers and everybody else involved are going to take a lot of flak for casting someone related Carrie Underwood in this role. And of course since they are remaking a ideal you can expect a lot of criticism. Some warranted most of it probably not given we live in snarky times. No it’s not going to make anyone forget the original but essentially Julie Andrews said recently, “Fifty years later, it’s age somebody had another crack at it.”